I have been so eager to get this new recipe posted for my Honeycrisp Apple Galette! It is quite possibly my favorite dessert for so many reasons. It’s kind of like a cross between a pie and a tart and it’s much less fussy than either of those.

It’s rustic and easy to make and you can use just about any fruit in the filling! 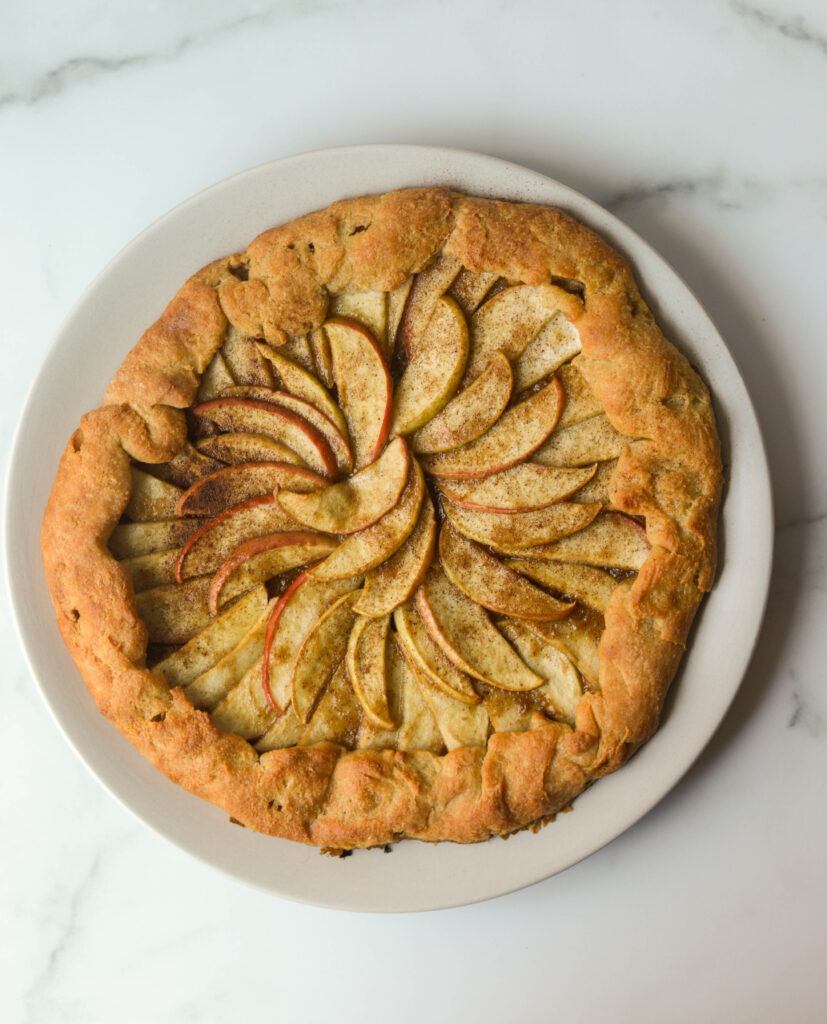 It all starts with a pie crust that’s made with flour, almond flour and butter, plus some Greek yogurt and milk. It’s a bit different than pie crust because of the addition of the yogurt and milk, but it comes out flaky AND soft, which is pretty fantastic.

The filling is a simple mix of sliced honeycrisp apples (with the skins!), a little melted butter and brown sugar and cinnamon. You totally cannot go wrong with that mix of flavors!

In general it’s quite a bit more nutritious and lighter than pie because of the use of whole wheat flour and almond meal (more fiber and nutrients) and the addition of yogurt (adds some protein and probiotics). I also used significantly less sugar and fat than most desserts call for!

So go ahead and whip up a rustic, delicious galette and WOW your family and guests!

Substitution Tip: Try this galette with fresh or frozen berries or sliced pears instead of apples!